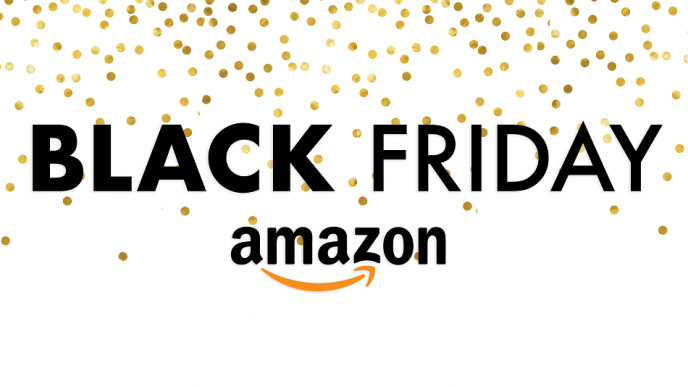 Black Friday may now be over at Amazon, but fear not as their Cyber Monday Sale has just began. There’s no need to brave the crowds in stores, just have your credit card handy and your fingers poised to move fast!

Get 50% off three month membership to Amazon Prime. This would usually cost £23.97, but eligible customers are currently getting it for only £11.99.

After 3 months, your Prime membership will renew for £79/year, or you can cancel it before then.

In the lead up to Black Friday and on the day itself, Amazon will be slashing the prices of thousands of products but there's a limited number of items available on each deal and they're only available for a limited period of time so you have to keep your eyes peeled and then be QUICK! Amazon Prime members will be able to access most Lightning Deals 30 minutes before everyone else, even if you are on a 30 day trial*

If you're not already an Amazon Prime member now is the perfect time to start a free 30 day trial*, as not only will you get FREE unlimited one-day delivery on every order, you'll be able to access those Black Friday Lightning Deals before anyone else, with a 30 minute early access. You also get access to exclusive TV content, music, books, and lots more all included with Amazon Prime. Click here* for more on Amazon Prime and to start your FREE 30 day trial.

Amazon is one-of-a-kind when it comes to Black Friday. In 2017, for the fourth year in a row, Black Friday was its busiest day on record. Last year's Amazon UK deals included discounts on electronics at up to 60% off, including game consoles like XBox and PS4, home theatre systems, and kindle tablets. You can also expect deals on toys, movies, books, sporting equipment, and home appliances. Savvy online shoppers will invest a little time shopping around to compare prices and keep in mind that with Amazon, Black Friday is a month-long event.

Amazon will be taking part in Black Friday 2018 and although most deals will start on Black Friday itself - November 23rd - they start running their Lightning Deals earlier in the week, usually a week or two before.

What are Amazon Lightning Deals?

A Lightning Deal is a promotion in which a limited number of discounts are offered on an item for a short period of time. They last until the time expires or all the discounts have been used. You can see the percentage of deals left on an item included in a Lightning Deal but some of them go super fast, so you may have to be quick! Amazon prime members will be able to access these 30 minutes before everyone else, even if it's on a 30 day trial. Check it out here.

Is there an Amazon Black Friday Lightning Deals Calendar?

Amazon will have a Lightning Deals calendar which can be accessed from their homepage. Here you can check all deals that are currently live and also what deals will be coming up and at what time they start. This calendar usually provides deals for that day but it's worth periodically checking to make sure you don't miss anything!

If there's ever a time it pays to have Amazon Prime, it's on Black Friday. Some Lightning Deals will say "Prime Early Access" next to them and as that suggests, Amazon Prime customers will have first access to these deals. While being a Prime customer does not guarantee you the deal, it does mean you will have access to it before all the customers who don't have Prime, so it increases your chances of bagging the bargain. Some of the more popular deals sell out on "Prime Early Access."

You may be eligible for a free trial of Amazon Prime, check your account to find out. If you decide not to continue being a Prime customer and cancel before your 30 day trial period ends, you will not be charged a penny (It's £79 per year if you do decide to continue) but will still be an Amazon Prime customer for Black Friday and have access to all the benefits that provides!

We will be posting updates here with deals up every ten minutes on brand name products such as Samsung, Xbox, Nintendo, Nike, and Apple. Amazon is one of the best places to go for deals on electronics, as previous years have offered discounts as good as 50% off Kindle Fire, 15% off Xbox Ones, and over 40% off Samsung televisions. Can't wait until Black Friday? Check out our Amazon Promo Codes page for the latest deals on Amazon UK products.

How can you keep on top of these deals? Follow the latest deals from Amazon by following @AmazonUK on twitter, liking Amazon on Facebook, downloading the Amazon mobile app, or signing up for deal e-mails.