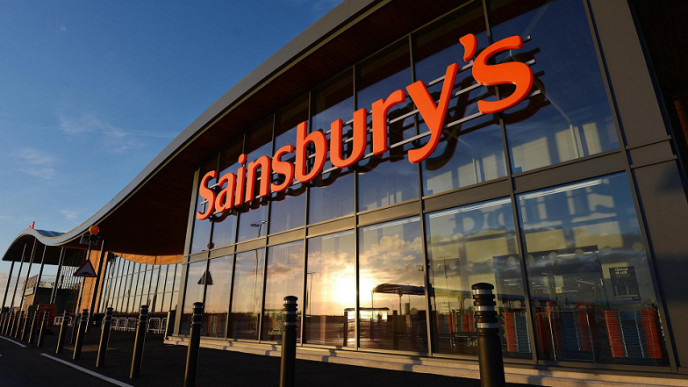 Looking for the best Black Friday Deals at Sainsbury's*? You're in the right place! We will keep you up to date with all the offers as they come in so you don't miss a thing!

Last year Sainsbury's ran a 25% off Tu Clothing* for Black Friday, and we have been told that it will be returning again this year. Although no dates gave been officially confirmed, we have the 24th or 26th November pencilled in for the Tu offer.

The main Black Friday Sale at Sainsbury's was in stores only, so we will post details here as soon as we get them.

Last year Sainsbury's held a Black Friday Sale in stores only, with big savings on electricals, kitchenware, homeware and lots more. We're hoping for more of the same again this year, so watch this space for news.

As one of the largest retailers in the UK, Sainsburys is a top destination when it comes to shopping for groceries and household items, like furniture, electronics, and appliances. The grocery giant also sells clothing for men, women and children as well as a range of phones and even banking services. With over 1,200 stores across the UK and Europe, in addition to their full online retail centre at www.sainsburys.co.uk, Sainsburys is prime for deals both in-store and online this Black Friday. Keep up-to-date on Sainsburys Black Friday deals on this page, or you can also check in on Next Black Friday deals through their main social media pages on Facebook and Twitter. Prefer to shop black friday in store? Enter your postcode into their store locator toolto find the nearest location.

In recent years, Sainbury's has not announced their Black Friday deals until exactly midnight on Friday morning. They usually their sale throughout Black Friday weekend, with deals ending only at midnight on Sunday and in-store deals available until closing time. Based on last year's sales, we can confidently make a few predictions. We will be expecting deals on well-known brands like Dyson, Sony, Samsung, Apple, and HP on vacuums, LED TVs, speakers, and laptops. We're also going to be anticipating discounts on small appliances like Nutribullets (in 2015, we found them for as low as £65 down from £85), coffee machines (at £45 down from £100), and Sony Headphones (at £20 down from £50). These were some hot deals and we're expecting more of the same for 2016.