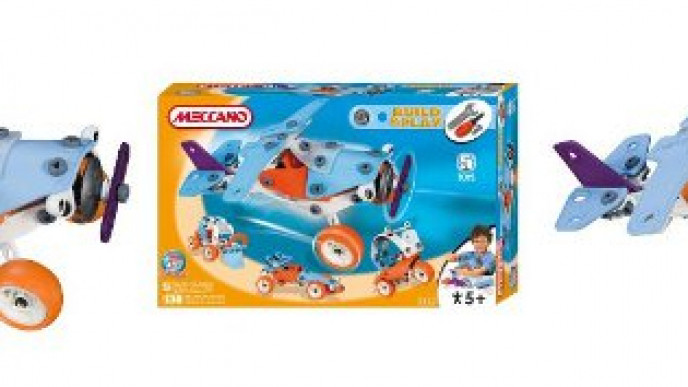 Amazon are selling this Meccano Build and Play Plane for £9.99, rather than the full retail price of £19.99.

I've been a fan of Meccano since I started school - there was a Meccano drawer in my Infants School classroom and every day there was a mad rush to be the first to get there and build something amazing.

Your budding construction engineer will have lots of fun with this Meccano Build and Play Plane because it's been designed to be nice and simple for young hands to get to grips with - all they have to do is clip and twist the pieces together (the screwdriver, nuts and bolts versions can come later).

There are 130 pieces included and five different models to build (you can only one make one at a time though) and all the while your child is having fun, they'll be honing their fine motor skills too; marvellous.