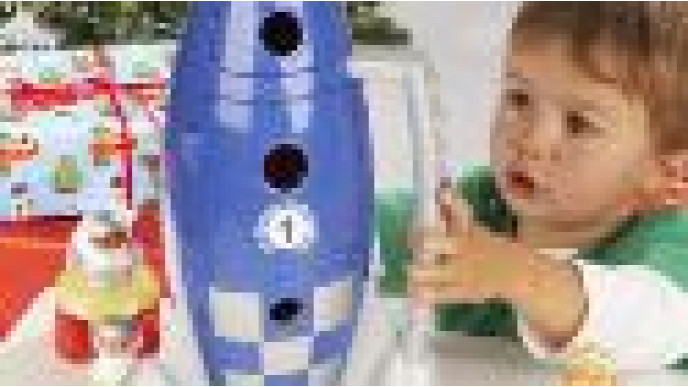 It’s the 40th anniversary of the first manned Apollo moon landing and this stunning rocket has been launched by the Early Learning Center to celebrate the occasion!

You are paying half the usual £35 with this brilliantly priced toy, and just in time for Christmas too. Boys and girls will love playing around with the included characters and pressing the buttons to see the engines light up and hear the rockets roar.

There are three compartments for the astronauts and their pet to live and there are even living quarters they can play in! This toy has been designed to encourage imagination and fine motor skills in children.

Of course, you can’t have a rocket going on an interstellar adventure with meeting some of the otherworldly inhabitants, can you? Included with the set is an alien. He even brings his own crater with him.

It’s the scientific version of a flying doll’s house and I don’t think there are many kids that will be able to resist it.

The price you see here is definitely worth every penny although if you order online you’re going to still have to pay for your postage and packaging on top of that.