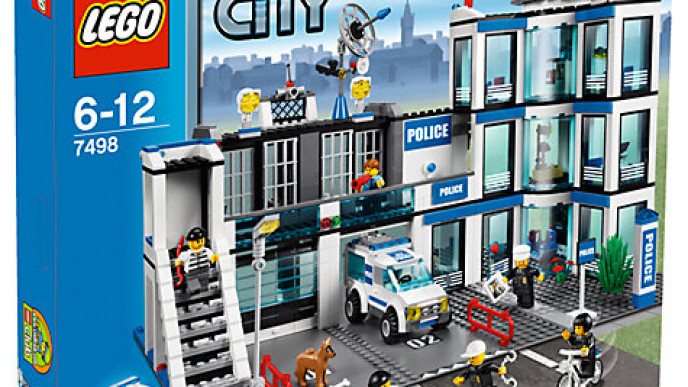 John Lewis is selling the Lego City Police Station for £41.43 and it is on sale at other outlets like Argos for around £70, so this is a nice saving for anyone who wants to nab this toy for their kids. You can also get free delivery if you spend over £50.

Stop the prisoners from escaping from the police station through the pipe drain! They won’t get far on foot so use the police car to chase them down and transport them back to prison in the police van. You can help keep Lego City safe!

The set includes six minifigures with four police officers and two robbers. You also get a police dog, three vehicles – the police car, transport van and bicycle – and you get handcuffs, a crowbar and a wanted poster too. Other features include a dog kennel, an evidence room, a mug shot area and a secret compartment.
Thanks to davemc37 at HUKD!