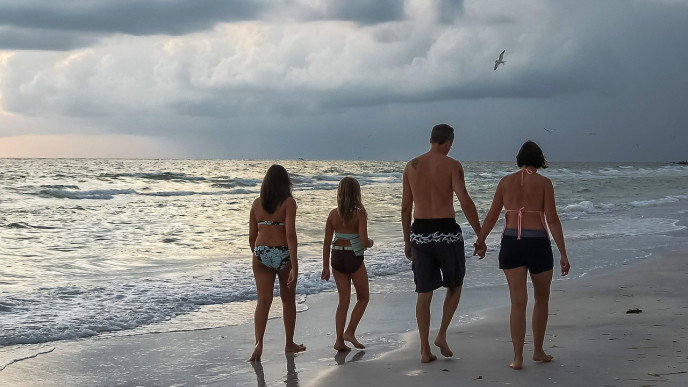 A dad who refused to pay a fine for taking his daughter out of school to attend a family holiday during term-time has won his battle in the High Court.

Isle of Wight Council had asked the High Court to clarify whether a seven-day absence amounted to a child failing to attend regularly.

Lord Justice Lloyd Jones and Mrs Justice Thirlwall dismissed the council's challenge, ruling that the magistrates had not "erred in law" when reaching their decision.

They ruled that the magistrates were entitled to take into account the "wider picture" of the child's attendance record outside of the dates she was absent during the holiday.

According to media reports, this looks to be a landmark ruling which changes the way the law - which states only that parents must ensure their children attend school regularly - is applied.

In other words, it could see the end of a term-time ban on holidays, provided that the child attends school regularly. Great news for parents and carers who feel priced out of family holidays due to term-time holiday restrictions and the high cost of going on holiday during school holidays.

Current regulations, introduced in 2013, allow a school's principal to grant permission for a child to be taken out of school during term time in 'exceptional circumstances'.

Platt was initially fined £60 by the council for taking his daughter out of school for seven days to attend a family holiday in Disney World, Florida. This was doubled to £120 after he failed to pay within the timescale. The authority argued that the absence didn't meet the 'exceptional circumstances' rule but Platt refused to pay up and took the dispute all the way to the High Court, which ruled in his favour.

However change may be short lived as a Department for Education source told Sky News: "We will look at the judgement in detail but are clear that children's attendance at school is non-negotiable so we will now look to change the law."

Do you welcome this landmark ruling and would being able to take your child out of school to during term-time change your holiday plans? We'd love to hear your thoughts - share them in the comments below or join the debate over on our Facebook page.