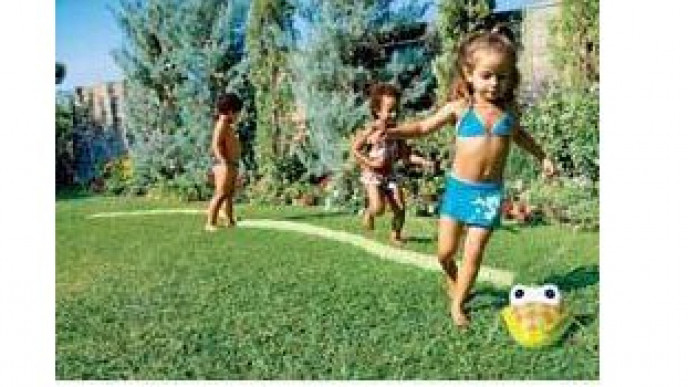 The folks over at the Argos Ebay Outlet are selling this Chad Valle Snake Sprinkler for £3.18.

Kids adore playing in water; it doesn't matter if they're fully dressed at a water play table or tazzing around the garden in their swimming stuff avoiding being sprayed by the hose in the hot depths of summer.

I'm out of the country at the moment but I've been keeping a very close eye on the weather back home - for my little part of the UK anyway - and it's been looking pretty awesome since the day I left! I'm back soon, so I'm keeping my fingers crossed that I don't jinx it the moment I land...

My two teenagers had a Mr Potato Head sprinkler when they were little and they LOVED it, I have some great blackmail photos of them playing in it, and this Chad Valley Snake sprinkler looks like it could be just as much fun for my youngest.

The reviews in various places are mixed - some people say it's a load of junk and you'll never get the water to spray out of the snake unless you have pressure in your hose akin to that of fireman on the scene of an emergency.

Others say they didn't have any problems with the Chad Valley Snake sprinkler at all, so it's going to be up to you to decide whether or not you want to take a punt on him for less than a fiver or not