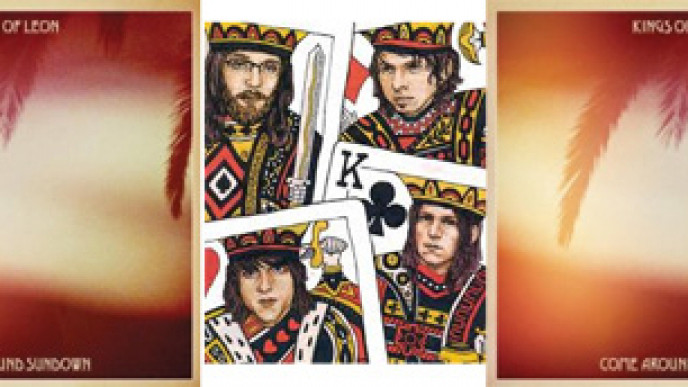 I LOVE the Kings of Leon! I particularly LOVE that the new Kings of Leon album 'Come Around Sundown' currently costs £3.99 to  download from Amazon, rather than the £7.99 it costs from another well known music download place I could mention.

I, along with many other Kings of Leon fans, have been waiting and waiting for this new album and, as far as I'm concerned, it doesn't disappoint!

I was also going to buy it from that other place when I stumbled across this Amazon deal - now listen, it's only available at this price until SUNDAY 24 OCTOBER and then it will be going up.

So don't make a mental note to do it later and then forget; at least we know this deal isn't going to go out of stock *grin*

I've just downloaded it and there are a couple of steps you need to go through first:

The downloader does it's stuff quietly in the tool bar and all the songs are compatible with that other place, and all mp3 players, phones, gadgets and other music playing gizmos; HURRAH!

Erm, obviously there's not postage and you only have to wait for as long as it takes to download.

Thanks to ruff26 over at HUKD