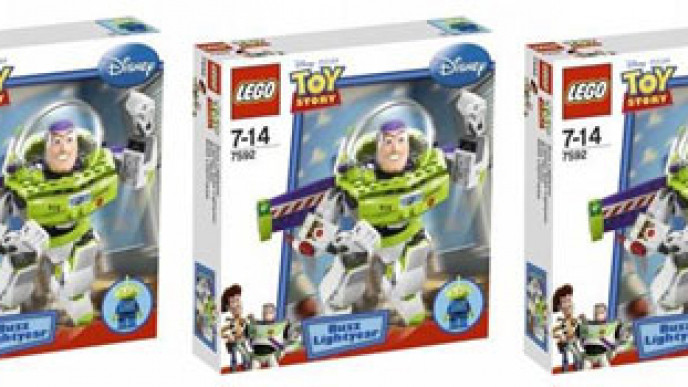 Buzz Lightyear is a pompous toad and I can't stand him!

My husband thinks he's GREAT and I'm mildly tempted to buy him this Lego Toy Story Construct-A-Buzz just for a giggle; Play are selling him for £9.99 instead of £12.99.

Lots of people think Buzz Lightyear is awesome and hilarious, from the very first time I saw him in the original Toy Story back in 1995 I've wanted to pull his space suit wings off and shove them where the sun doesn't shine!  He's IRRITATING and arrogant and I. DON'T. LIKE HIM!

But it's not about what I think; I do think that any money off anything Lego has to be taken advantage of though.

There's  not much I can tell you about this Lego Construct-A-Buzz, if you know anything about Lego (and is there anyone who doesn't?) then I think it's pretty self-explanatory: you have Lego Buzz pieces and you put them together.

He comes with an alien minifigure and is suitable for Buzz fans 7 years and older; I'm sure younger Buzz fans will love him too, they'll just need a little bit of help to follow the construction instructions.