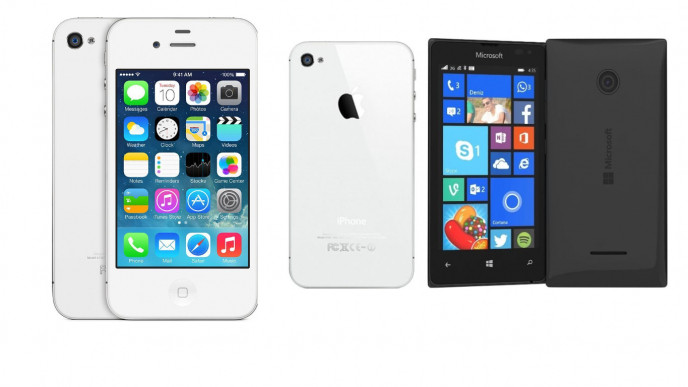 Trying to find a 'good' mobile phone for a child is tough going. Either, it's one they wouldn't be seen dead with or it'll bankrupt you.

Some people have responsible children that will look after a phone, mine aren't like that so they got the best phones I deemed cheap enough.

If your child quite fancies an iPhone for Christmas but you don't want to be spending hundreds, when you don't know if they'll look after it properly then we found just the deal.

Over on eBay Store: Argos you can get an Apple iPhone 4s 8GB White (Sim Free / Unlocked) REFURBISHED Mobile Smart Phone for just £69 with FREE delivery!

It runs IOS iOS 5 operating system and can be used as a MP3 player as well as a smartphone.

The screen is 3.5 inch and there's a Camera to take photos and capture videos. It can be connected to Wi-Fi and Bluetooth.

There's 8GB of internal memory for all your photos and music.

This Refurbished iPhone comes with a 12 month Argos guarantee.

If you aren't quite keen on your child having an iPhone, then there's thisMicrosoft Lumia 435 Smartphone* sold by Tesco Outlet on eBay for just £29 delivered.