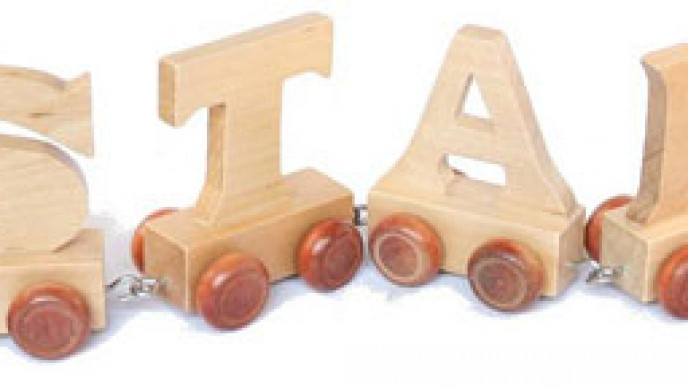 We don't usually feature eBay shops that aren't the 'big ones' here on PlayPennies - BUT I've bought wooden train letters from Cathy's Toy Shop before and have never been anything other than thrilled.

If you're a regular PlayPennies reader you'll know that I have a real 'thing' for wooden toys and toys that have some additional educational element to go alongside the fun - I bought my youngest son, Edward, a set of wooden train letters and not only does it look fabulous, it was lots of fun watching him get to grips with the letters and learning how to spell his name; which he's been able to spell from a very early age.

The letters measure 7 x 5cm each and aren't treated with paint or varnish; all you have to do is add the letters you need to your basket and then place your order.  There's a minimum order of four letters (if you're after a Tom, then perhaps order a middle initial too!) and if you're ordering six or more then DO NOT add the engine and carriage to your basket, they'll be automatically shipped to you and delivery is free.