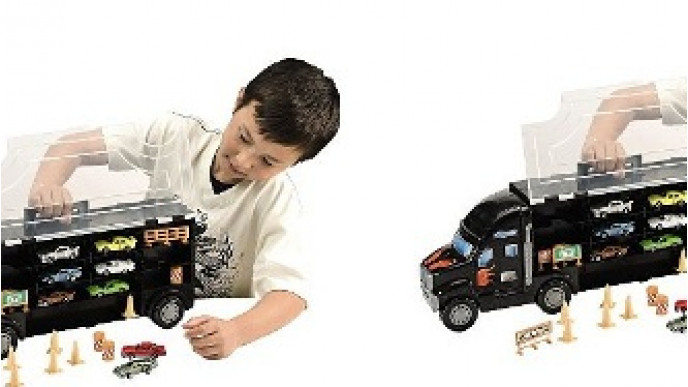 ASDA is selling the Truck Carry Case along with eight cars for only £6.50. You will have to pay delivery charges or you can arrange to collect the item at any ASDA store for free.

The ASDA Truck Carry Case is rather good value for money. You get this enormous transport truck for your kids to play with – and this is a fully functioning truck mind you – and inside the truck are yet another eight cool cars included.

There are also accessories such as cones and signs as part of the kit – you can just see them near the rear of the truck in the picture – and it looks pretty darn cool. Colours and styles may vary though so don’t be too surprised if they are not identical to the picture.

There is a disclaimer that says “the Wal Mart lorry is not included” but I can’t see a Wal Mart lorry anywhere except for the truck which is included so colour me confused on that one!