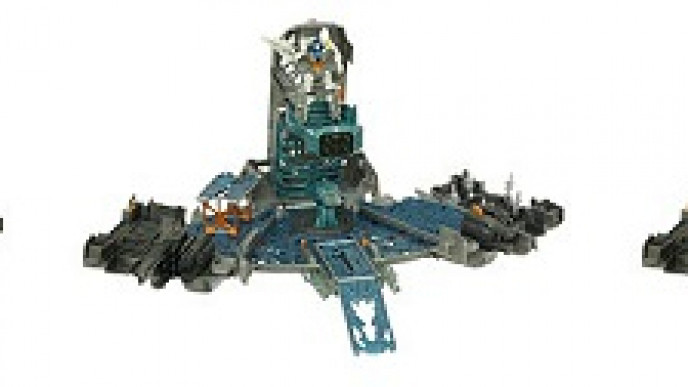 This is a seriously cool price for the Transformers 3 Cyberverse Ark set. It was originally on sale for £33.97 and then it was reduced to £17 and now it is only £15. That is a nice saving of £18.97 off the usual retail price for a very big toy.

Uncover the secrets hidden inside the Transformers Dark of the Moon Cyberverse Autobot Ark. The Ark brought the Autobots to Earth, and now holds the secret to defeating the Decepticons. Starting off as a spacecraft that bristles with guns, the Transformers Ark opens up to transform into an exciting space station play set that lights up and has its own battle sound effects.

The space station has extra firearms, space for your other Autobot action figure and even a holding cell to stash captured Decepticon prisoners. It features a pair of gun turrets with firing missile weapons, whether used as a spacecraft or battle station. The Cyberverse Ark also comes with an exclusive Autobot Roller action figure that transforms into a lunar exploration vehicle. The set asks you to feed it two AA batteries and it’s really for kids over the age of five.

Thanks to marzi145 at HUKD!