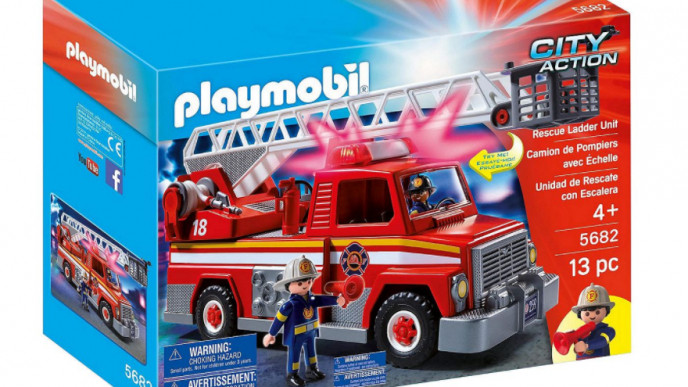 EDIT 2: Out of stock

Ready for another Playmobil deal? Tesco Direct have dropped this Playmobil City Action Fire Engine down to half price, making it just £20 down from £40! And it has lights and sounds as well!

The ladder on top of the fire truck spins round 360 degrees so that the fire fighters can rush to the rescue, and this looks like loads of fun for kids.

It's recommended for children aged four and over, and is not suitable for under threes due to the presence of small parts, and batteries are included to power the lights and sounds.

Click and collect is free of charge, or home delivery costs £3.