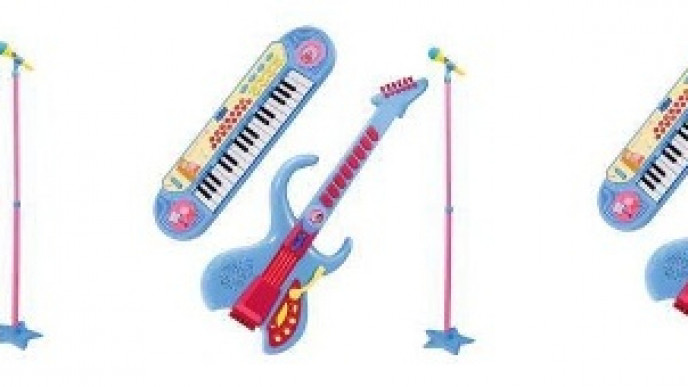 Right, now the lovely lady who discovered this deal on Hot UK Deals has pointed out that this set was originally £49.99 when it was first released. Then it went down to £14.99 (already a whopping drop in price) and now it is only £9.99. That’s a huge saving of £40 off the original price.

The Peppa Pig mega music set comes with a keyboard, a guitar and a microphone stand. Kids can play and sing along to their favourite songs along with Peppa Pig. I think this means that the music is built into the toys and that they are not exactly going to play “properly”.

The Peppa Pig theme tune is, obviously, included along with sound bites from the shows. You will need to feed these devices no less than nine (!) AA batteries that are not included in the kit or the price. I hope you use rechargeables…

EBAY DISCOUNT CODE: Daily Deals across all departments for at least 20% off