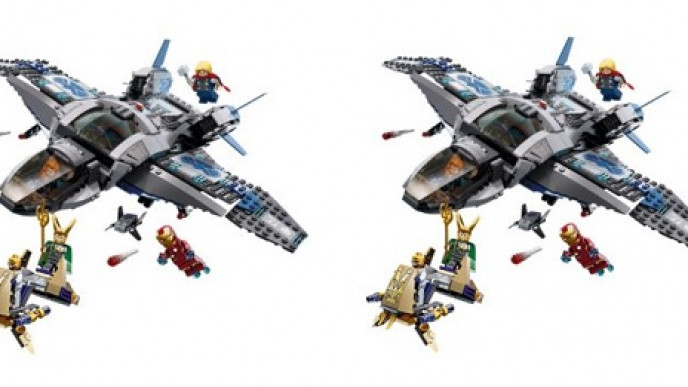 Argos has dropped the price on the Lego Super Heroes Quinjet Aerial Battle set from £69.99 to £39.99. This is a very neat saving of £30 off the original price and you can reserve to collect the item instore for free.

Loki is up to no good and is planning to destroy the Earth! As he flies into battle on board his chariot, help the Avengers defeat their nemesis using the supersonic Quinjet! Fire the missiles, release the mini-jet and imprison Loki in the prison pod.

The Avengers could not possibly fail with the super high-tech Lego Quinjet. Or could they?