By Becky Barratt, 4 years ago 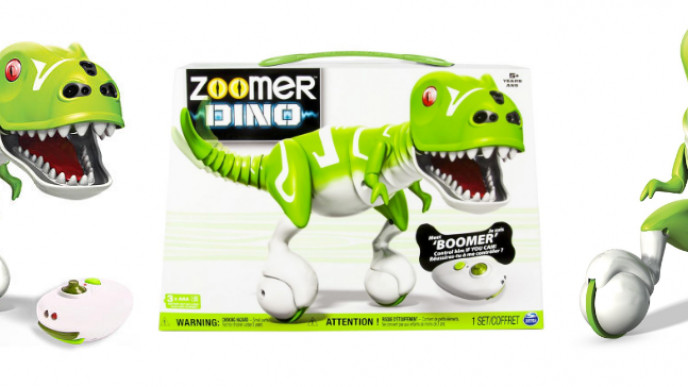 There are so many interactive toys on the market at the moment, one of them is bound to be on your little one's Christmas list! They are so pricey though, I cannot believe how much some of them sell for.

This Zoomer Dino normally retails for around £100 but over at Home Bargains he can be yours for just £34.99, way cheaper than anywhere else on the high street!

With real dinosaur movements, sounds and incredible dino-sense abilities, Boomer can detect when you're nearby and interacting with him. But watch out! Just like a real Dino he can get angry, spin around, chomp and roar!

How cool does that sound! What a fantastic toy for a little dinosaur fan! You can control Boomer with a controller but he does move along of his own accord too.

A feature that the kids will love is that he breaks wind...a lot! Especially when you pull his tail, which can also make him pretty angry! Boomer is suitable for children aged 5 years and over.

Boomer the Dino is available for home delivery only, prices start from just £0.50. Don't forget to take a look instore too as he may be in stock at your local Home Bargains.