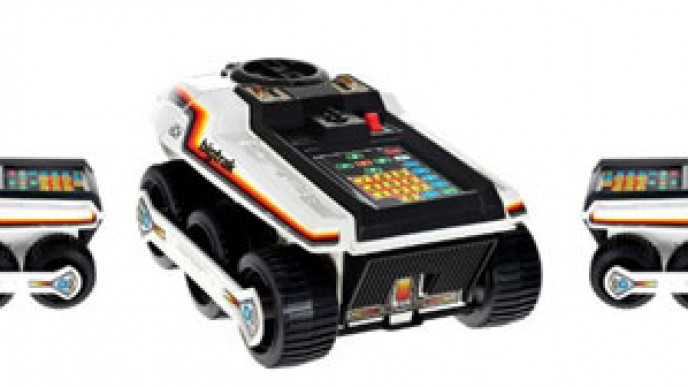 I've been looking at this Big Trak 2010 since it was launched last Summer to either much HURRAH from those who loved them as a kid, or a big thumbs down from those who said it was a pile of junk, didn't do anything and had no place in the 21st century.

I must confess I'm sitting on the fence with Big Trak 2010, STILL!

My cousin had a Big Trak when they first came out and I remember being INSANELY jealous. It was SO futuristic, it had touch pad buttons and it did what you'd programmed it to do - go straight ahead, turn left, turn right, turn round...that sort of thing.

Unfortunately Big Trak 2010 hasn't been given any new skills - it won't cook the dinner, vaccum the house or do the laundry so don't bother getting one for your mum for Mother's Day (which is tomorrow, by the way).

But if you loved one as a kid and want to try and recapture the 'glory days' of your childhood toys, then Big Trak 2010 might just put a smile on your face.