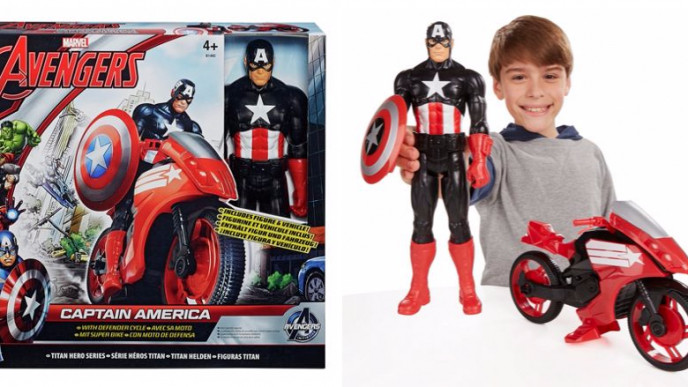 If you have a superhero fan to buy for this Christmas this is a fantastic buy as the Titan Hero Captain America Action Figure and Motorbike is half price at Argos, down from £24.99 to just £12.49!

This is a great buy, as the Titan Hero figures are normally around £12 for the figures in their own, so to get the bike as well is a bargain!

This is a large Captain American figure standing around 12 inches (30cm tall) and he will fit perfectly on that Captain America Bike that comes with him.

My son has loads of these Titan Hero Action Figures and I have to say that they are really great. They are large and sturdy figures that can take a fair bit of playing with no damage, as my two haven't manage to break any in the two years or so that they've been in the house.

The legs, arms and head all move, and this figure comes with a Captain America Shield as well, that will clip on to the gloves on either hand.

At half price it's not surprising that this toy is selling fast, so although there's plenty about as I write Argos can sell out quickly once word gets out. 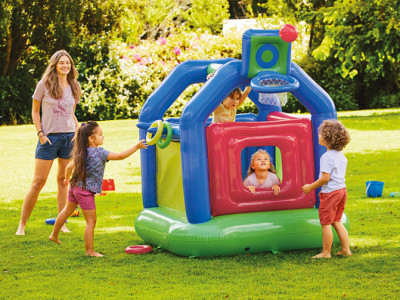