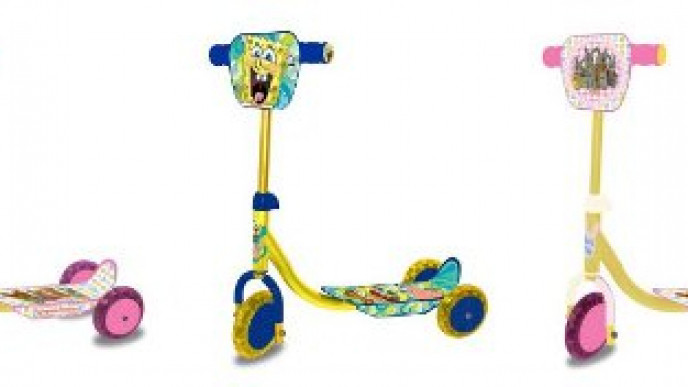 The 3-wheel Sylvanian Families scooter from Amazon is aimed at pre-schoolers who still need that little extra support. Apparently, (and obviously, really), the scooter helps develop coordination and balance, and is aimed at youngsters aged 3 years and up.

Reviewers say it needs a little assembly, which can be a bit difficult, and one complained of “wonky welding”, but it wasn't so bad she wanted to send it back. Her daughter loves it though, and didn't even notice. The second reviewer agreed, saying that it was a pretty scooter, but not as stable as some others she'd seen.

With only a 3.5 star rating, it seems an 'okay' scooter at a good price, but at full price, probably not so much.