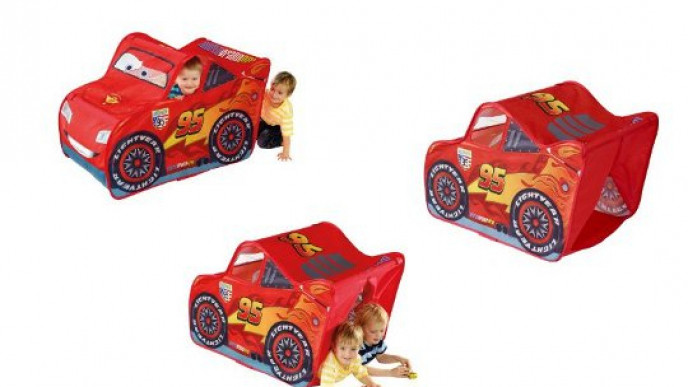 Okay, the upside is there won’t be much zooming, but plenty of pretending! The Lightning McQueen Tent includes two side windows and a T-shaped entrance door at the back.

It can be attached to a play tunnel, which isn’t included.

They don’t show a picture of it, but apparently it folds up flat for storage too.

Reviews wise, the kids love it – as you’d expect – but some of the reviewers said that the quality isn’t great and if your kids are a bit rough with it, it may not last too long.