Why I Wear Pyjamas On The School Run 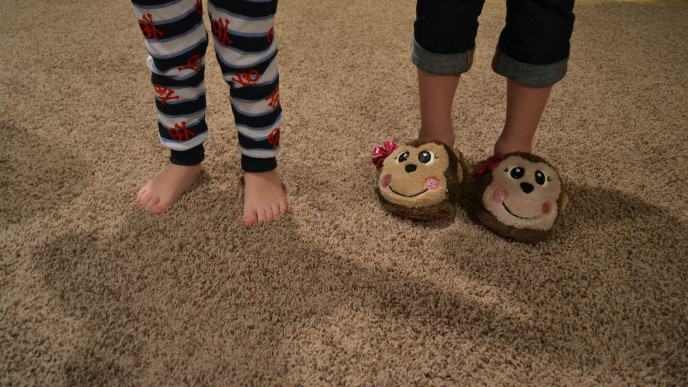 Do you ever do the school run in pyjamas? And if so, how would you feel about getting a letter home from your child's school asking you to get dressed properly before you take the kids to school?

That's pretty much what happened to parents whose children attend Skerne Park Academy in Darlington.

The school's head teacher wrote to parents advising them to 'wash and get dressed' before bringing children to school.

Ms Chisholm said the final straw came when parents wore pyjamas to the Christmas show and to recent parents' evenings.

"It just got to the point when I thought 'enough's enough," she said.

She added that wearing pyjamas to school wasn't setting the right example, and that giving children the best chances in life begins with 'raising the bar' with parents.

Is now the wrong time to admit that I frequently do the school run whilst wearing my pyjamas?

I wouldn't ever dream of turning up to a school assembly or a meeting at my children's school whilst wearing my jammies - heck, I won't even set foot out of the car when I'm wearing pyjamas on the school run, for fear of being spotted.

But I wouldn't be impressed if I got a letter from the school demanding that I smarten up and put some real clothes on. Why? Because not all pyjama-clad school-run mums are lazy, feckless parents who just can't be bothered to get dressed.

On the days that I do the school run in my pyjamas it is invariably because I've been up until the wee small hours earning a living as a freelance writer, before collapsing into bed just in time to spend the next few hours before dawn nursing a teething toddler. Some of us aren't getting dressed to do the school run because we're squeezing earning an income around caring for our kids - not cos we're rushing home to spend the day in bed watching daytime telly.

Factor in that I am often getting my kids ready for school by myself as Daddy has long since left for work, and you'll understand why I'm often in PJs on the school run - I'm reluctant to leave three kids to run amok while I go and take a shower. Much safer to get the older two (and worst mischief-makers) out the door before I attempt to attend to matters of self-care. At least the toddler can entertain herself safely on the other side of the shower door while I attempt to take the world's fastest shower without letting her out of my sight.

And yes, I've heard the 'have a bath the night before and chuck clean clothes on first thing in the morning' advice a million times. But as I've said, the moments when my kids are finally in bed at night are my main earning hours. Waste half an hour in the bath, and it's half an hour's less money in my pocket. I know which my kids would appreciate the most.

As one mum put it, we don't presume to tell our children's teachers how to dress, so what gives them the right to appraise our attire? She said:

"Can you imagine the furore if I wrote to my daughter's headteacher to say 'Kindly make sure your teachers are dressed in an appropriate manner instead of caked-on make up, skyscraper heels and leather leggings'? I wouldn't dare."

So please, teachers everywhere, don't jump to conclusions when you see school run mums (do dads do this too?) wearing their pyjamas, and don't tar us all with the same judgy brush.