Should Schools Ban Tackling In Rugby? 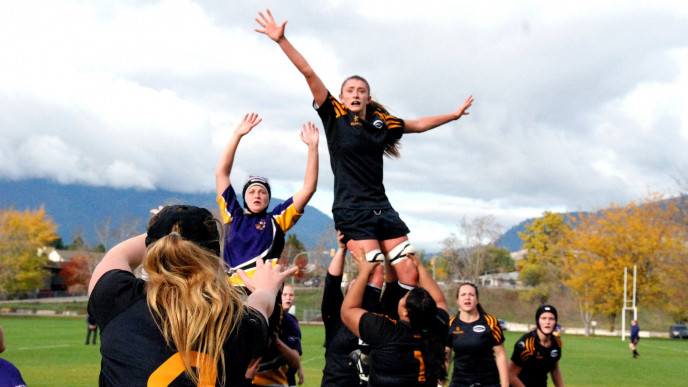 My lads are yet to hit the rugby-playing stage of their youth - as we speak they are haring around outside playing 'tip the pole' with their mates - but as high school looms ahead of I have begun to wonder whether either of them will turn into a rugby player.

Part of me hopes not, because having done three years at Uni not far from Twickenham with hordes of drinking-game-loving rugby players, I am all too aware that it's not exactly a genteel sport.

That said, I know it's also a character-building game and that there's lots to be said for playing such a challenging physical sport.

Still, it came as no surprise to me to read that medical experts are calling for tackling to be banned in school rugby matches.

More than 70 doctors and academics are calling for a ban on tackling in rugby matches played in UK and Irish schools. In an open letter to ministers, they say injuries from this "high-impact collision sport" can have lifelong consequences for children. They argue two thirds of injuries in youth rugby and most concussions are down to tackles and urge schools to move to touch and non-contact rugby.

I'm on the fence on this. Obviously I'm not desperate for my kids to do anything which puts them at risk of lifelong consequences but at the same time, where do you draw the line if you ban rugby because of the risk of injury? Should we outlaw bike-riding and climbing trees, too?

I think I'd rather see kids properly taught to tackle safely, and guidelines given to teachers to minimise risk and prevent injury than just a blanket ban on what's an integral part of the sport.

But what's your view? Do you think it's absurd to ban tackling from school rugby sessions? Or do you think a 'better safe than sorry' approach to preventing serious injury makes sense? Come and tell us on our Facebook page or leave us a comment below.