​Should It Be Illegal For Parents To Smack Their Children? 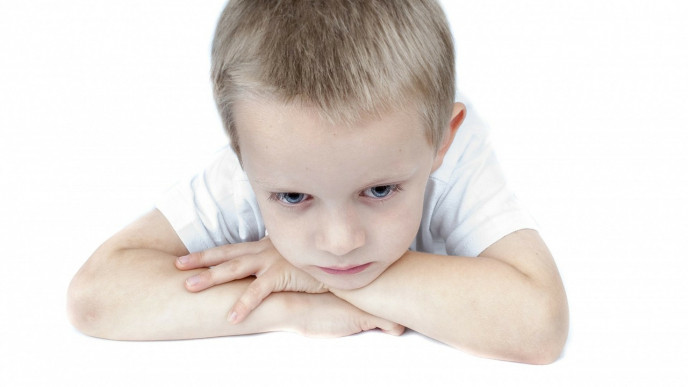 It can't have escaped your notice that calls are being made to make it illegal for parents in Britain to smack their children.

Britain's child commissioners are lobbying the United Nations for a ban on parents smacking their own children, despite the current law in England permitting "reasonable chastisement" towards their children.

UN committee members will review the way Britain has respected the rights of children over the past eight years and a delegation from the UK will be grilled by a panel in Geneva during a two-day hearing.

Child commissioners from England, Scotland, Wales and Northern Ireland have submitted a report calling for a review of 114 issues in total, including smacking and the criminal age of responsibility.

The report asserts that children should have "equal protection from violence" under the law, but this has sparked some debate among parents. Some question whether the decision of British parents to smack their children is an appropriate issue for the UN to address - the old 'Nanny State' argument has been wheeled out - and others argue that such a decision ought to ultimately rest with individual parents.

I don't mind admitting that this is a topic which I'm usually loathe to be drawn on, not least because it's so emotive and highly personal. That said, I have smacked my children in the past and yet I am firmly of the opinion that children should not be smacked. I can see why that might get me labelled a hypocrite but actually it's more that I've learned from my past mistakes.

Having grown up in a culture where being smacked was the norm for most kids, I found myself - like countless other parents before me - sometimes smacking my own children when clutching at straws for an effective way to discipline them.

But smacking my kids appalled me - I felt I'd broken their trust and let us all down. What's more, I think smacking is utterly useless as a form of discipline. It's highly ineffective, in my view, and only seems to escalate the issue that first led you to smack. I've since learned better methods of dealing with challenging behaviour, thank goodness.

So on balance and more than a decade into parenting I'm wholeheartedly 'for' a smacking ban. Why? Because I think if there'd been one in place when I'd resorted to smacking my own children, I might have been spared learning those lessons the hard way - and, more importantly, my kids might have been spared those smacks which I instantly regretted.

Currently the law in England and Wales does not ban smacking and states that parents may use "reasonable chastisement" - but criminal charges can be applied if a child is hit so hard that it leaves a mark.

If smacking were illegal, parents like me who perhaps flounder and find themselves resorting to smacking when struggling to deal with difficult behaviour would be forced to find other ways to discipline kids, and that can only be a good thing. The current law leaves the decision in the hands of parents and I know from experience that you don't always think straight when you're struggling to parent well.

Along with a ban on smacking, I'd like to see more resources made available for parents who smack, outlining other ways of dealing with discipline issues as a parent.

Thankfully our smacking days are far behind us and my kids understand that it's not a parenting approach I ever intend to use again. I just wish the law had been there to prevent us from ever going down that route in the first place.

But we'd like to hear your views on this debate - do you think smacking should be illegal? Leave us a comment below, join our poll on smacking, or come and join the debate over on our Facebook page.

You can click here to download the NSPCC's brilliant guide to positive parenting, including how to deal with difficult behaviour without smacking.