How Old Is Too Old For A Hug From Mum Or Dad? 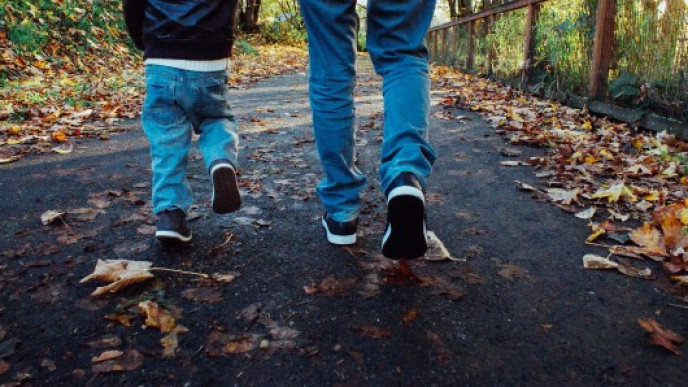 They say you need twelve hugs a day for growth, and that’s a tenet we try to live by in our house. I dish out hugs like they were Smarties, and am a firm believer in the power of a hug to cure everything from a cold to the bad day blues.

But we might be in the minority, according to new research which revealed that millions of dads stop hugging their kids once they reach ten years old.

A poll of 2,000 dads found more than one in 10 fathers don’t hug their kids, with 61 per cent of those putting an end to hugs by the time their son or daughter reaches the age of 14.

Most dads who say they've stopped hugging their kids say it's because they believe their child is too old to hug. Oh. A little piece of me died when I read that. No-one’s ever too old for a cuddle, surely? I still appreciate a good hug from my Dad, and I'm not far off 40.

Next up on the list of reasons why dads don’t hug their kids is because hugs make their children feel uncomfortable or because they feel they've drifted apart. Others said their children have asked their dads to stop hugging them.

“We are familiar and aware of the change that puberty and teenage years can have on our children, and these can frequently impact on our relationship with them. In particular, it is a part of growing up that makes us all more independent, that often means a clear demonstration of us standing on our own feet, and thus showing less tactile affection. However, the closeness and softness of the hug maintains a strong connection and bond between parents and children. It is perceived as safety and protection by the givers and the receivers.”

Happily, despite many dads saying they no longer cuddle their kids, hugging is still the most popular way for fathers to show affection towards their child.

It's probably no surprise that these findings reveal a shift in the way fathers show affection to their children once kids hit their teens, with many dads switching from primarily hugging their children to verbally showing affection by giving them advice and guidance. I am pretty sure I went through a brief no-hugs-from-mum-and-dad phase as a teen, too, but fifteen per cent of fathers questioned in this survey said they stopped hugging their kids before their child’s fifth birthday.

Ultimately, despite one in 10 dads admitting they no long cuddle their children, two thirds still claim to give their son or daughter more hugs than their own father did with them.

I have a two-year-old whose favourite pastime is a ‘a huggie’ and the thought of her vetoing that any time soon is almost too much to bear, so I think I'm going to stick with overdosing my kids on hugs until they demand I stop. At which point I'll probably need to get a pet. *Sobs*

How often does Mum or Dad dish out the hugs in your household? Would you agree that you hug your kids more than your parents hugged you?