CBBC To Start Broadcasting Until 9pm Instead Of 7pm 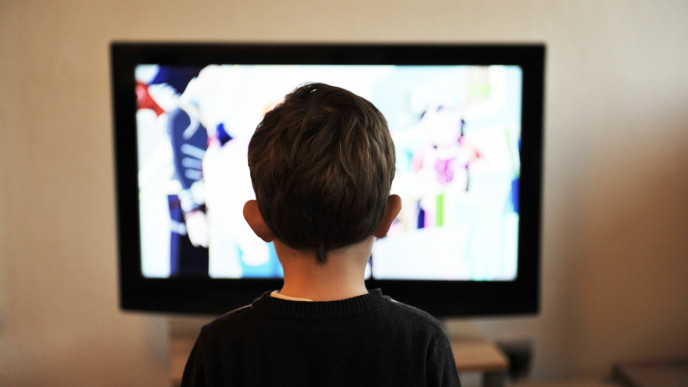 CBBC is going to start broadcasting until 9pm, according to the Daily Mail.

"The BBC has confirmed plans to extend broadcasting on its children's channel until 9pm. CBBC currently switches off at 7pm, providing a useful cue to little ones that it's time to turn in. But its hours could be extended as early as next February – meaning parents might need to prepare their strategies now."

Ooh, this news enrages me. My kids range in age from 2 years old to almost 11, and I *love* the fact that CBBC shuts off for the night at 7pm.

Yes, I get that plenty of CBBC viewers will be up way past 7pm and that theoretically it therefore makes sense for the broadcaster to extend its viewing hours to reflect that but to put it bluntly, my kids spend enough time glued to screens as it is. The last thing I need is yet another battle on my hands when I try to drag them away.

I can just picture the scenario now.

Me: Right, teeth, 'jamas, bed. C'mon lads.
Lads: But XYZ is just starting and it's my faaaavourite programme.
Me: BEDTIME. Now.
Lads: Please! Can't we just stay up till CBBC finishes.
Me: No! That's not till 9pm and then it'll be an hour before you actually make it up the stairs and into your bed...
Lads: Everyone else in my class gets to stay up later than me. NO-ONE has to go to bed while CBBC is still on…

Yeah. Thanks a bunch, CBBC.

We'd love to hear your views on this story? Did you welcome the news that CBBC is gong to extend its hours of broadcasting until 9pm or would you prefer CBBC to stick with its current 7pm switch off? Come and tell us over on our Facebook page.