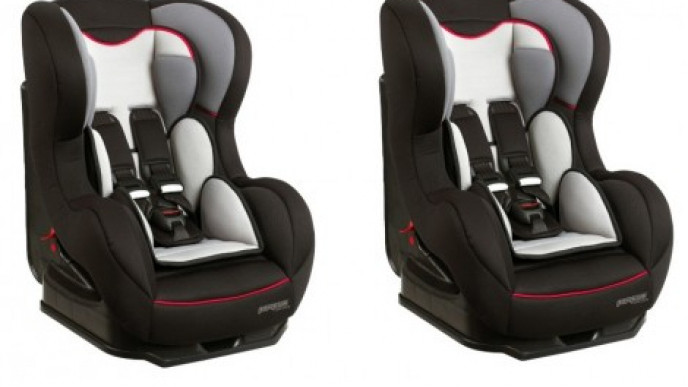 Halfords actually have quite a few different car seats from the Pampero range on sale at the moment. You can get the Pampero Comfitrip Child Car Seat for £69.99 and the Comfisafe Car Seat for the same price, or the High Back Booster Seat for £34.99. In fact, they have a 50% off sale on all Pampero child seats.

The Pampero Comfitrip car seat is suitable from nine months old to 12 years and usually retails for £139.99, you are saving £70 off the usual retail price. You can either reserve and collect the car seat or you can get free delivery within four working days. Awesome.

The Pampero Comfisafe child car seat is exclusive to Halfords and is suitable for children from nine months to only four years old. This car seat also retailed for £139 so you are getting a fab saving. Although it has a shorter life span thanks to the age limit.

Finally, there is the Pampero Safetrip high-back booster seat that is down from £69 to only £34.99. It is suitable for children from four to 12 years old.

HALFORDS DISCOUNT CODE: Enjoy 10% off when you purchase 2 or more tyres with this Halfords discount code