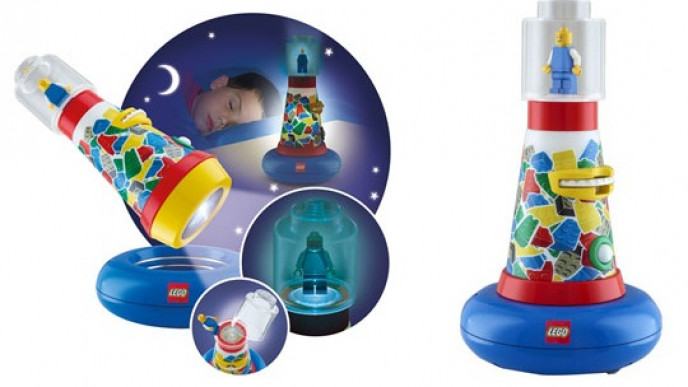 The Lego Go Glow Light is a fun projector, torch and night light. The night light glows softly offering a cool night time glow and the cone transforms into a handy torch when lifted from the base.

In addition to these two useful functions. The Lego Go Glow has a removable top and a Lego mini-figure included, which is interchangeable so you can choose your favourite Lego character to keep you company each day. The light disc changes to different colours that shine through your Lego minifigure creating different moods and cool effects on the wall.

The Lego Go Glow Light 3-In-1 Projector, Torch and Nightlight is recommended for children aged 4 and upwards.