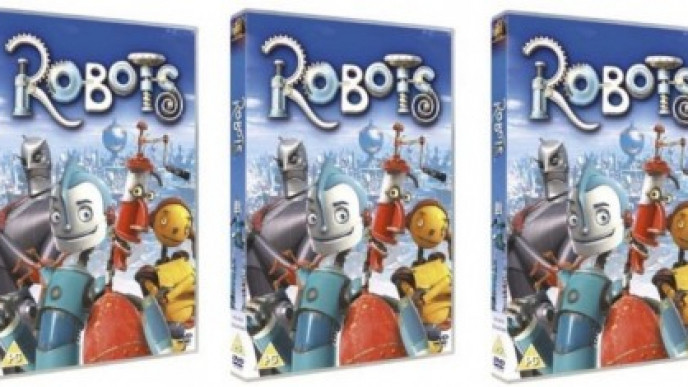 I only know the TV series of this, with the main voice talent of Lenny Henry. And it is one of the few children's cartoons I love watching. More importantly, my son loves it too. I had no idea there was a movie out there, and at this price it will make a great addition to my box of stuff for the summer holidays (marked 'in case of rain'!).

The movie sounds just as enjoyable as the TV show, and it has an impressive cast of voices. Ewan Macgregor, Robin Williams and Halle Berry. Plus roles from Mel Brooks and the awesomely talented Jim Broadbent.

This is the storyline to the movie. Rodney Copperbottom (McGregor) is a small town robot who has a gift for inventing things and a hope of moving beyond his quaint surroundings. He works side by side in a restaurant with his dad who is a dishwasher - literally a dishwasher. You open his chest and load in the dishes.

Rodney has dreams of something greater. Armed with his unique talent for inventing, Rodney embarks on a journey to Robot City to meet his idol, the majestic inventor Bigweld (Mel Brooks). An iconic figure in all of Robot City, Bigweld has spent a lifetime creating things to make the lives of robots better.

Once in Robot City, Rodney finds that things are not quite as he expected, and his quest may be a lot harder than he imagined.