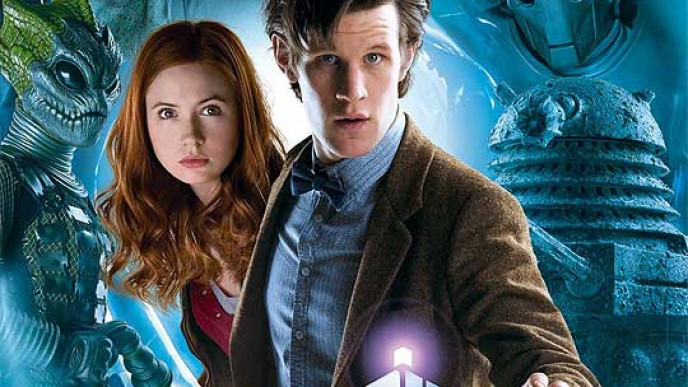 This deal from Amazon - selling the Doctor Who Complete Series Five on region free Blue-ray for £16.95 - has Doctor Who fans, over at HUKD, dizzy with excitement as this is the cheapest it's been on sale for.

I watched Doctor Who when I was little (who didn't?!) and was most excited when it came back to our TV screens in 2005 - can you believe the Doctor has been back for seven years already?!

I thought Christopher Eccelestone was great, I really enjoyed David Tennant's interpretation of the Doctor and, as yet, I'm still not sure about Matt Smith in the role - there's just something about him that doesn't feel 'right' but I can't put my finger on what or why.

Anyway, if you're a Doctor Who series DVD collector then you'll be adding series five to your collection; there was discussion among HUKD Doctor Who fans as to whether the cover of this DVD collection has the Lenticular cover (I have no clue what they're talking about) but I can confirm that it does, should that be important to you.

Before you dash off to buy this Doctor Who Complete Series Five on Blu-ray DVD, be aware that Blu-ray DVDs do NOT play in standard DVD players (just in case you weren't sure, or didn't know).

Thanks to calmac111 at HUKD