Cloudy With A Chance Of Meatballs DVD £3 @ Tesco Entertainment 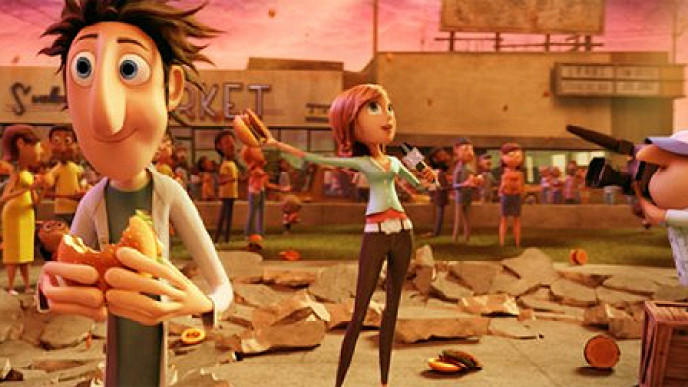 Tesco Entertainment are selling Cloudy With A Chance Of Meatballs on DVD for just £3; there's no delivery to pay either as long as you're living within the UK.

I have had a quick look-see on the IMDb website though - I trust them for reviews - and from 47,361 users it gets a combined star rating of 7 out of 10 which is pretty high by IMDb standards; they also describe it as 'the most delicious event since macaroni met cheese.'

Flint is an inventor, a not-very-good inventor in-so-far-as none of his inventions seem to have any practical use or they don't work.  His mother was always supportive but she dies, leaving him alone with his father who thinks he should quit inventing.

Flint invents a machine that turns water into food - not overly handy in the grand scheme of things but when the town falls on hard economic times because their main source of income is lost (a sardine cannery) then it could come in useful...but only in the right hands and with the right motive.

Unfortunately, Flint's machine falls into the wrong hands, ends up in the atmosphere (or is fired into the atmosphere - someone who's seen it is bound to point out everywhere I've gone wrong here!) and instead of rain falling, food falls in its place.

Sounds weird, bonkers and rather fun to me; I might just have to add it to my LoveFilm rental list!