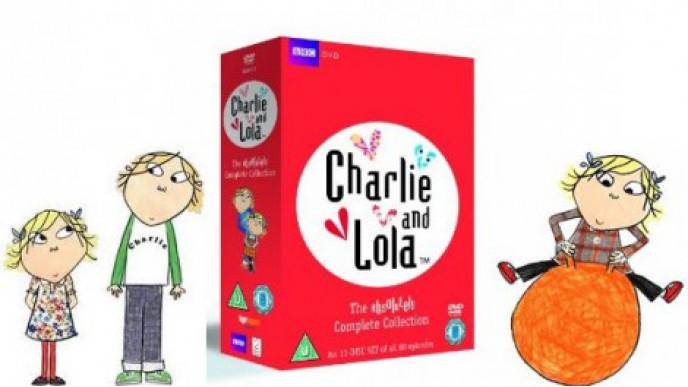 Now when I say that this is the complete set of Charlie and Lola DVDs I MEAN complete!

Eleven Charlie and Lola DVDs make up this Absolutely Complete Box Set; every episode from all three series are included along with Easter and Christmas specials, which comes to a total of 80 episodes.

Yep, 80 delicious episodes of one of my favourite kids TV programmes.

I don't get to watch it anymore as my youngest has rather outgrown Charlie and Lola, they were on TV at just the right time for post warm bath, in pyjamas and hot milk viewing which was followed by bed and more Charlie and Lola with bed time stories.

If these Charlie and Lola DVDs were available back then, I would absolutely and most definitely have bought them as there were times when he really wanted to watch a particular episode.

It took a while for him to get his head around the fact that cBeebies wasn't like a restaurant menu where you could choose what to watch; shame, it was cute and all of that's gone now, now he flicks through the Sky TV guide and hits the record button for Ben 10.

By the way, if Amazon put the price up you could always try Play as they're selling for £17.99 too, they're £29.99 everywhere else though.