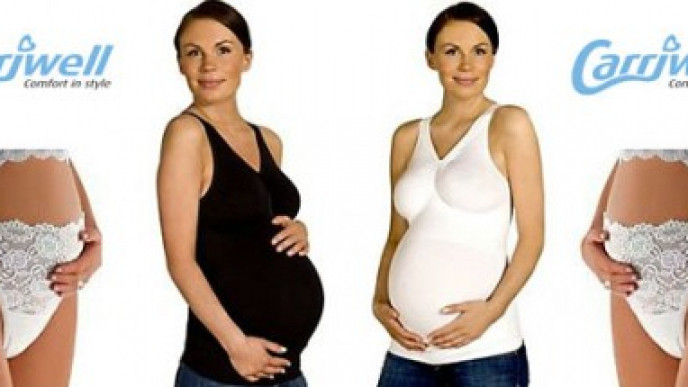 Boots are selling selected Carriwell maternity underwear for half price at the moment.

I remember when I was pregnant with my eldest son - yes I can remember that far back actually - and (foolishly) proclaiming to the world that I wouldn't be changing my wardrobe just because I was going to get rounder.

I remember my mum laughing at me and telling me how amazing her maternity support underwear was to wear when she was pregnant with me; I think it was the name 'girdle' that put me off.

But there came a time when I had to admit defeat and I bought some proper maternity underwear; OH. MY. GOODNESS it was like nothing on earth, I felt as though a huge weight had been lifted off my front and back - this was yet another of those times when my mum really did know best.

There are some great Carriwell maternity underwear and support items up for grabs 'in' Boots at half price.

There are seamless maternity support tops, also in black and white, which are £12.49 now instead of £24.99.

Thanks to inamar at HUKD