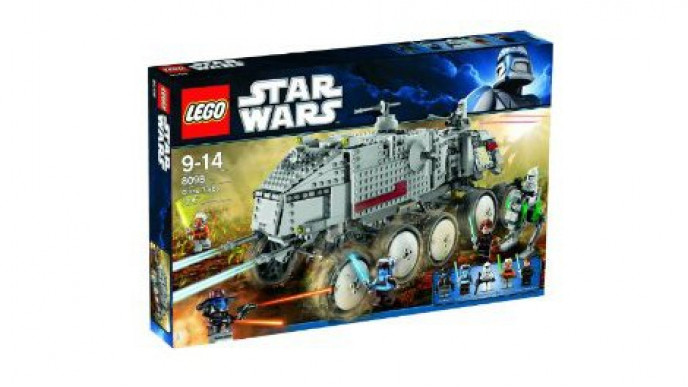 Amazon are currently selling this Lego Star Wars Clone Turbo Tank for £69.01 - it should be £102.99 so grabbing one at this 'low' price now, before Amazon put the price back up, is a smart thing to do.

It's one of the universal truths of life - Lego is expensive, it's always been expensive and will (I have no doubt) always be expensive.

If you have older Star Wars Lego fans then this Lego Star Wars Clone Wars Turbo Tank would make a great main birthday present, OR if you can bear the thought of buying something for Christmas now, then you're going to be ahead of the Crimbo cash saving game already.

My youngest is totally mad about all things space and alien now, it's Star Wars all the way although Darth Vadar is still too scary so he’s not keen on the Empire Strikes Back – he’s having none of it when I tell him that it’s the best of ALL the Star Wars movies!

The other day I was handed a box of lego bits, some instructions and tasked with building this Lego Star Wars Clone Turbo Tank, there were umpteen pages of instructions and it took me more man hours than I care to confess to.

But I had a GREAT time and so did my youngest as he was the ‘foreman’ and I was the ‘builder’ – it was a total win-win situation and I think that’s often the case with these big Lego Star Wars creations.

If YOU’RE the big Star Wars fan then I have a feeling you’re going to love it as it comes packed with lots of extra mini figures and bits and pieces!

Thanks to dbr99 at HUKD