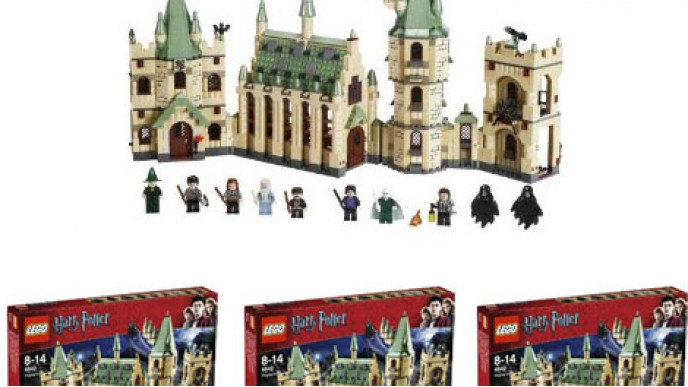 Amazon are currently selling this Lego Harry Potter Hogwarts Castle for £74.99 instead of £102.99.

If you're a regular PlayPennies reader then you'll know that I'm an AFOL - an Adult Fan of Lego - I'm also a big fan of Harry Potter but, you know, even these two things combined wouldn't persuade me to pay over £100 for a Lego Harry Potter Hogwarts Castle set!

It's a universally accepted truth that Lego is expensive, has always been expensive and will ALWAYS be expensive so even though £74.99 is still a bit steep...it's better than £102.99.

There are over 1,200 pieces of Lego that make up Hogwarts Castle and despite everything I've just said, I'd LOVE to build it.

The recommended minumum age is eight years old but simply because it's not going to be the simplest thing to build - if you have a younger Harry P and Lego fan then you'll just have to help them build it (or invite me round and I'll help!).