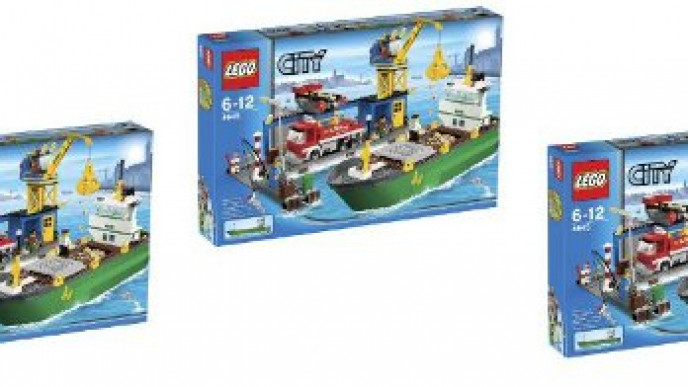 The more LEGO City sets I tell you about, the more I really quite fancy creating a huge LEGO metropolis of my own.  The LEGO City Harbour looks rather fabulous and comes with lots of bits and pieces:

I LOVE the fact that you get a LEGO rat! I mean, no harbour would be really complete without a little rodent stowing away on board ship or scurrying along the quayside.

The LEGO City Harbour set is suitable for young city builders aged six years and over and comes with a grand total of 554 pieces.