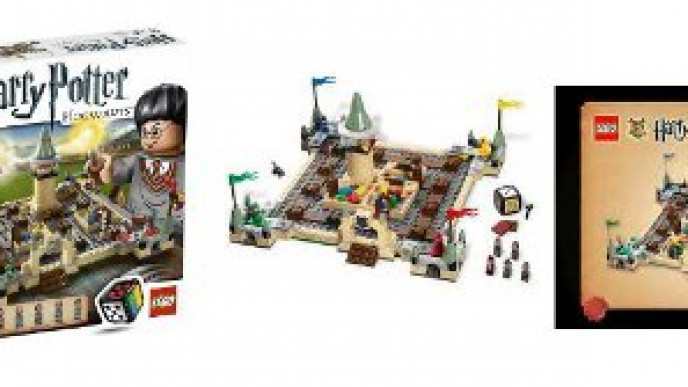 Amazon have the Harry Potter Hogwarts Lego gamereduced by 28% to £17.99.

So, if you didn't get enough Hogwarts fun with yesterday's Cluedo deal, then this Harry Potter Lego Game set will hopefully do it for you!

The aim of the game is to navigate your way around moving staircases and winding passageways to collect your homework and make it back to the common room before the other players – a much less daunting task than, say, ridding the world of pure evil!

The game is fully buildable  and changeable and features all the key characters from Harry Potter - including Hermione Granger, Ron Weasley, Draco Malfoy and Albus Dumbledore as well as Harry himself.

Amazon's description calls it “A brilliant source of fun for all the family, Harry Potter Hogwarts will have its players more heated than a game of quidditch as they battle to be top of the class and the perfect prefect.”

Lego Games let you change the way you play with fully buildable features and dice, enabling the ability to develop the game as you undertake its challenges.

This game is suitable for two – four players over the age of eight.

Included are figurines of the five key characters, one buildable LEGO Dice, nine LEGO microfigures,four Hogwarts student microfigures (one from each house),332 LEGO pieces, one rule booklet and one building instruction booklet.