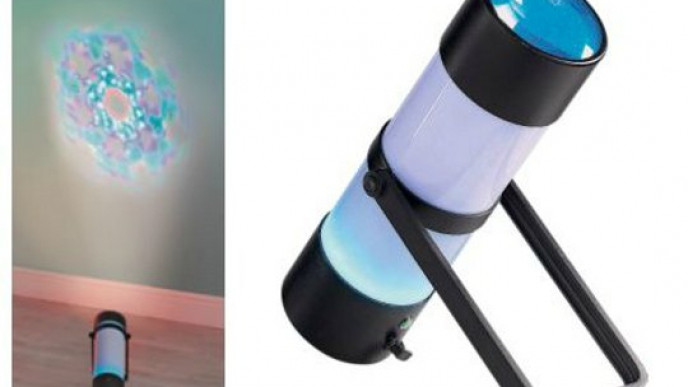 This is one of those products where you get more information from the reviews than you do from the description, so I’ll piece it all together for you.

The ceiling shadow light creates a kaleidoscope effect which can be pointed towards the ceiling for a dramatic lighting effect.  It has a 14cm diameter, which is worth thinking about because loads of reviewers say it’s larger than they anticipated.

The shadow light is mains operated, and it requires an LED bulb.

There are various patterns to choose from,  but no on/off switch – it has to be switched off at the mains, and then you have to find the image you want again when you switch it on again. It makes enough light to act as a night light.

It’s apparently really sturdy and when combined with the right music can be really relaxing.