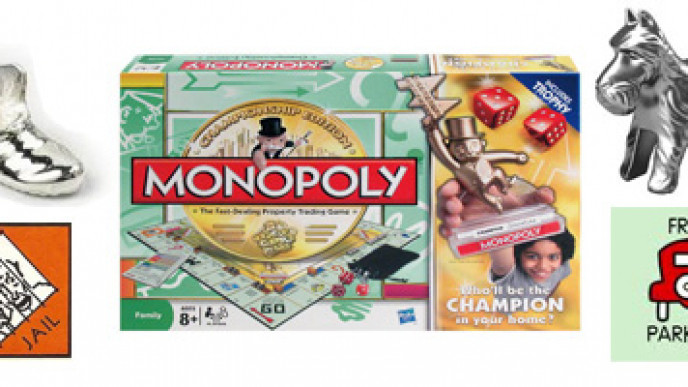 Do not pass GO! And do not collect £200, until you check out this deal on the Monopoly Championship Edition at Tesco.

I loved playing Monopoly as a kid; I always liked being the boot but there was one slight problem...I hated losing!

This carried on with me into my adult Monopoly days, so much so that I daren't play it anymore. I'm not usually a bad loser but there's something about losing at Monopoly that makes my blood boil!

It doesn't seem to matter which strategy I employ - buy up lots of cheap properties like Whitechapel and Co, the Stations and the Utility Companies, or go for the higher end of the market with Park Lane and Mayfair - I invariable end up being beaten and in a very bad mood.

If you can play Monopoly without my losers rage then this deal might be for you.

Tesco have reduced the price of the Monopoly Championship Edition by half, selling it for £10 instead of £20.

All of the elements of classic Monopoly are still there but this edition comes with a TROPHY!  Not even a trophy can tempt me back to Monopoly...in fact, it would just make it worse when I lost, again!