IT'S HERE! You Can Now Play Harry Potter: Wizards Unite!

The magic has arrived in our muggle world!
By Nada Wilson - Bruce, 11 months ago 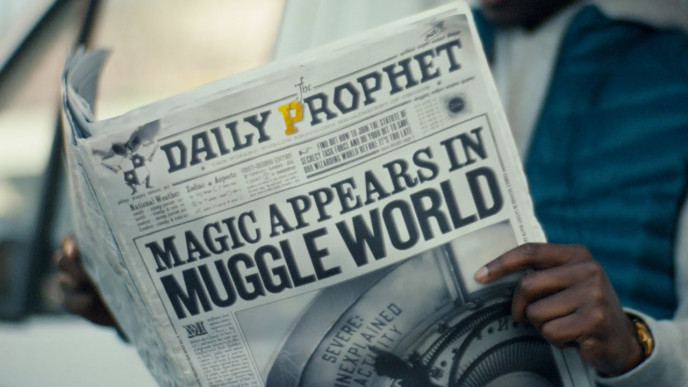 Stop what you're doing right now and download the NEW Harry Potter Wizards Unite game! That's right, we've all waited an eternity for it to be released, and it's now here. What a way to spend the summer with the kids!

Where Can I Get Harry Potter: Wizards Unite?

You can download the Harry Potter: Wizards Unite game for FREE from both Google Play*and theApple App Store*.

Harry Potter: Wizards Unite is a newly released augmented reality mobile game, that's been made by the creators of hit smash Pokémon Go.

This one is tipped to be even better, with it's basis on the magical world of JK Rowling.

Download it to a mobile device, and you can transform your surroundings into something you'd see in a Harry Potter movie.

Visit local hot spots in your area, and you'll discover lots that you wouldn't normally see in the muggle world.

Create a Ministry of Magic ID, become and Auror, Professor or Magizoologist in order to defeat the dark side of magic.

As well as battling with foes, player will be able to learn spells and use them whilst on adventures. Along the way, you discover some rather enchanting beasts, characters and more from the Wizarding world.

Instead of battling with other players, you can visit a Fortress where you can team up with fellow players to eliminate stubborn enemies.

Every single player is working as part of the Statue of Secrecy, so you won't have any muggle enemies, as everyone's on the same team.

Mobile phone network EE are the UK's launch partner for Harry Potter: Wizards Unite. Although anyone on other UK networks can also play the augmented reality game, they won't get access to exclusive Wizards Unite content.