FREEBIE: Map Of The World @ GeoBar 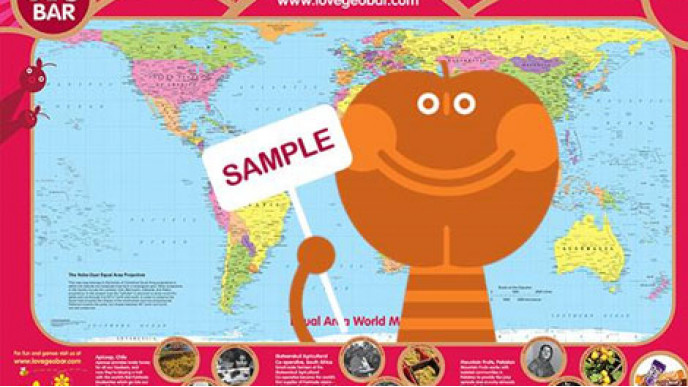 Geobar are giving away a FREE map of the world for kids.

I'd never heard of Geobar before but, after a quick bit of snooping, I discovered they've been making Fairtrade cereal bars since 1999; I'm not sure how they've managed to stay under my radar for the last 12 years!

I have no way of telling how many have already been sent out but I ordered mine anyway and decided to share - all you have to do is fill in your name, email address and postal address, decide whether or not you want to receive their newsletter (tick the box if you DON'T) and then hit submit; simple and Geobar say, if you're one of the 10,000, you can expect to receive your map by early June.

The Geobar FREE map of the world is A2 in size, so big enough but not so massive that it will dominate an entire wall.

It's also an official Hobo Dyer equal area political world map – meaning that each country is shown in a different colour at the correct proportion in relation to land area.

Fingers crossed you're one of the first 10,000 people to get your hands on one of these FREE maps of the world.