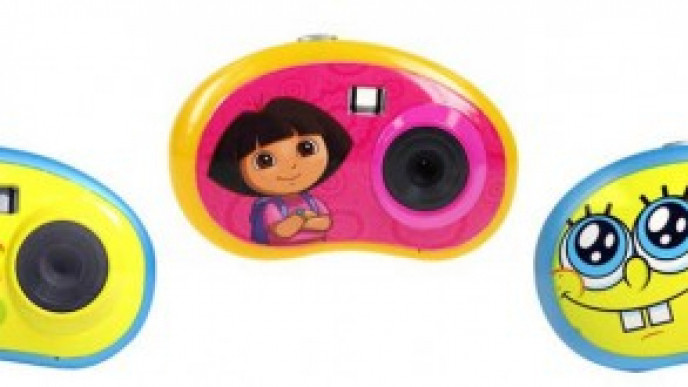 I owned my first camera when I was seven years old; it was a little Kodak thing that took 110mm film and was nowhere near as 'cool' as the kids character cameras that Jessops have on sale at the moment.

If you have a Dora the Explorer or Spongebob Square Pants fan in your house and they're a bit of a budding David Bailey or Mario Testino, then they're in LUCK!

The cameras have an Auto Flash, a status LCD Screen and can shoot up to 300 images on its 8MB internal memory.

There are Auto Shut-off and Self Timer features and they come with a USB cable and Picture Plus Software.

The Picture Plus software opens up a whole creative world of opportunity; you can make calendars, play games, create an album or Photo Cube, puzzle or postcard.

There are 22 photo editing tools and also a webcam function.

Can't be bad for 5 pence under a tenner.