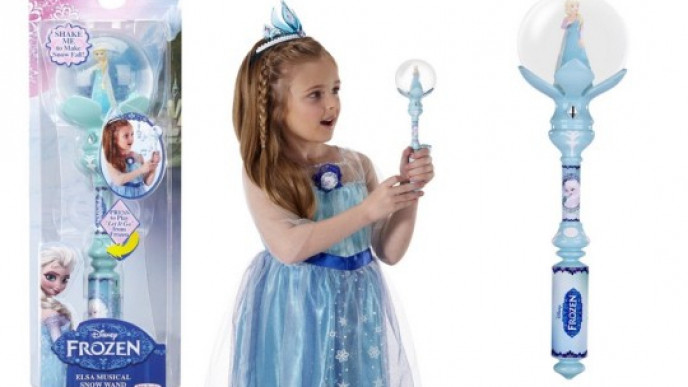 For the Frozen fans among us who may have been feeling a little left out - every second post hasn't been about Frozen lately, after all! - here's a little deal for you: Amazon are selling the Disney Frozen Musical Wand for £11.99, delivered.

Now you can try out Elsa's magical powers for yourself thanks to her Musical Snow Wand.

This beautiful blue wand features an Elsa figurine inside of a mini snow globe. Apparently this snow globe is in fact plastic, but a pretty good quality plastic that looks almost like glass, but without the impending doom.

Your little princesses can simply give it a shake to watch the snow swirl round the Frozen Princess. The wand also has a button to press and play ' Let it Go' - what's the bet they never will!

The wand takes 3 x LR44 batteries which are included so the magic can start with no delays.