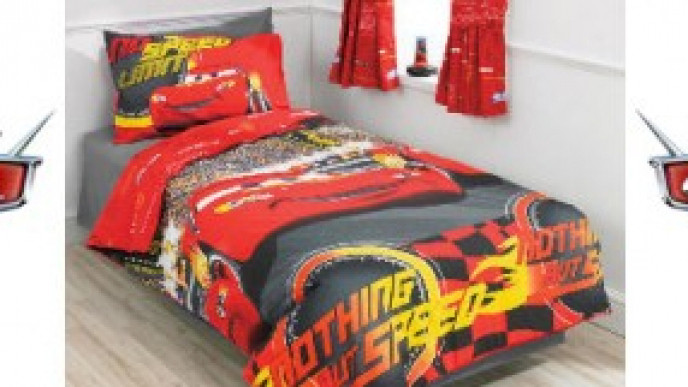 Tesco are selling this Disney Cars duvet set for half price, £6 instead of £12

I had to laugh, the official wordage on the Tesco website describes this Disney Cars duvet set as being made from 'an intimately blended polyester and cotton fabric for a soft and comforting night's sleep'.

Intimately blended?! Well however it's blended, it's rather nice to find something Disney that isn't hideously overpriced.

I have a bit of a thing for bedding sets and have to try really hard to not to keep buying them.

They don’t even have to be bargains like this Disney Cars one and they don’t have to be for the kids either, there’s just something about climbing in between new sheets that have never been slept on, or under!

Character duvet sets can also be a useful tool for getting tired ‘but I’m NOT tired’ toddlers and pre-schoolers in to bed; whatever it takes I say!

Home delivery with Tesco is expensive at £5, I'd avoid it at all costs and click and collect for free instead.