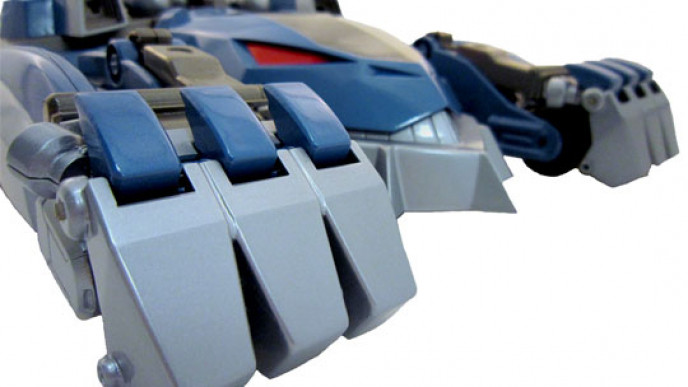 I've still not got my head around whether I should be calling The Entertainer 'The Entertainer' or 'The Toy Shop' - but whatever their correct name, they're selling this Thundercats Deluxe Thunder Tank, complete with Snarf figure, for £14.99 instead of £34.99.

My youngest son, Edward, stared at me in utter disbelief the other week when I told him that I used to watch Thundercats when I was just a bit older than he is now.  He was even more gobsmacked, and perhaps a little embarrassed on my behalf, when I launched into, "Thunder...Thunder....Thundercats!!  HO!!!!!"

I loved watching Thundercats when I was younger and if you have a Thundercats fan in your family then I think it's pretty safe to say they'd love to play with this Thundercats Thunder Tank and reenact/engage in all sorts of Thundercat battles.

Snarf will drive your Thundercats Thunder Tank for you, you'll need two AAA batteries to fire up the lights and sounds and all of the other various Thundercats figures and vehicles can be bought separately.

If you live near an Entertainer store you can collect your Thundercats Thunder Tank for free, or you can pay £2.99 extra and have them deliver it to your home.