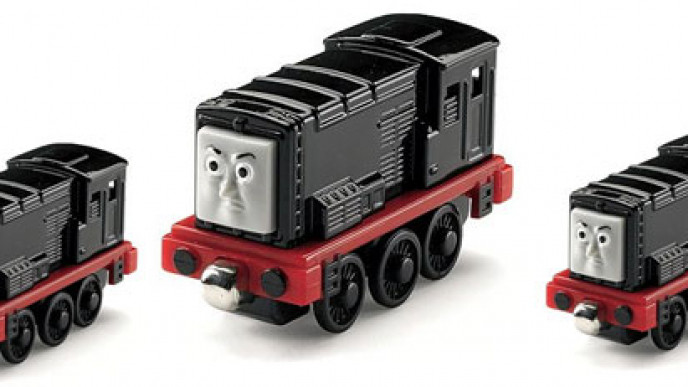 My youngest son was such a big fan of Thomas - he had lots of the books, had a few DVDs and even fewer Thomas the Tank Engine engines.  One of the reasons for not having many engines to play with is their price, they are generally rather expensive and as a result we had to make a call at the time between the engines and the books.

If you're making the same choices then you'll also be keeping an eye out for Thomas the Tank Engine engine deals like we did - they don't always come up very often though and when they do, not on the engine that you really wanted; we had to wait for a g e s for a decent deal on Percy.

This Diesel engine toy is die-cast and he has 'smart' magnets on the front and back, allowing him to be connected to other engines or trucks that feature the same.

Standard delivery to your home is free, or you can pop along to your local Debenhams and collect your Thomas the Tank Engine Diesel Engine in person if you prefer.