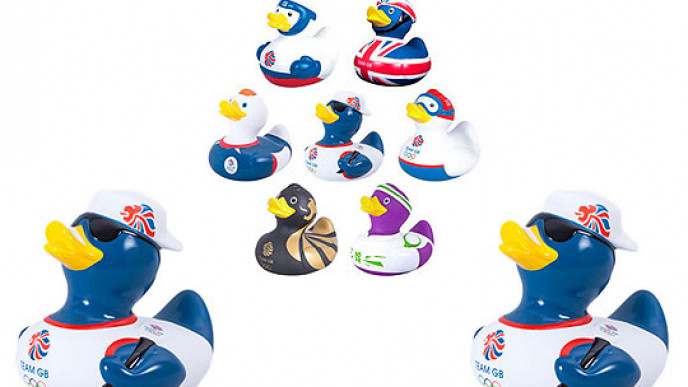 Home Bargains are selling these Official London Olympics 2012 Rubber Ducks for just 99 pence, rather than their original £5.99 price.

So, did you watch the Olympic Opening ceremony last night, and if you did what did you make of it all?

I thought it was just fabulous!  The words 'genius' and 'triumph' are just not adequate to describe it - only Great Britain could have pulled off a production like that, combining drama, comedy, music and serious spectacle of the most epic kind.

You may have to brace yourself for a bit of Olympic fever in my posts over the next 16 days - being very involved in sport, health and fitness, little else is going to be on my radar.

To kick off my first Olympic post are these Official London Olympics 2012 Rubber Ducks - rather fitting as some of the first events, swimming and rowing, took place on and in water; hurrah!

Happy putting your Olympic ducks in a row for GOLD