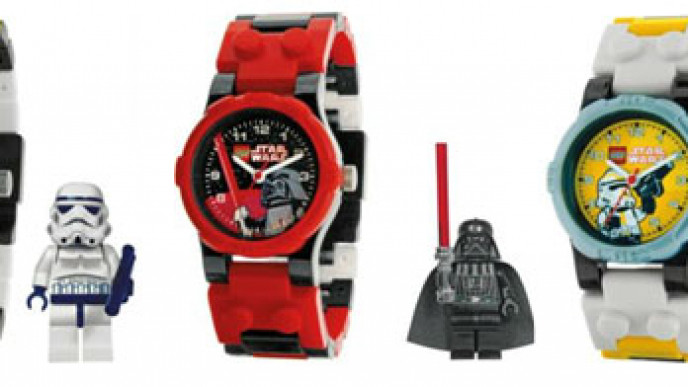 My youngest son's sixth birthday is in just a couple of months and he's a bit of a LEGO Star Wars fan.  He's also very much into telling the time himself now, so one of these LEGO Star Wars watches, complete with its own minifigure, is going to be on the 'what am I going to choose to buy from this massive list of great things I've seen for him' list!

There are lots of LEGO Star Wars watches, only some of them have had their prices reduced down to the £11 mark from the full £18.99 price.

Alternatively you might want to encourage their good side and present your young Jedi with a LEGO Star Wars Obi Wan Kenobi watch instead.

The watches are water resistant down to a depth of 50m and the reviews are great...

"My 7 year old son got this watch for Christmas and he absolutely loves it. Very easy to adjust. It's looks pretty cool under water, too! :)"

All the usual Amazon delivery options apply, all you have to do is choose which LEGO Star Wars watch to buy!