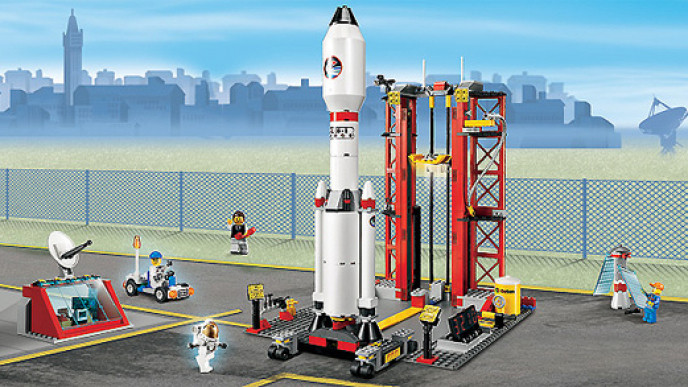 Amazon are selling this LEGO City Space Center for £29.99 rather than its usual full price of £49.99.

I saw this in Tesco the other day when my youngest was scouting for something LEGO to spend his £20 birthday cash on.  I pointed it out to him and he looked at me as though I were mad and said so, in fact!

"Erm, mum," he said as though I were the six-year-old, "how many towns and cities do you see with rockets taking off from them? None! That would just be mad!"  And so the LEGO City Space Center was well and truly mentally struck off the 'LEGO City things to buy for Edward' list.

If I was putting together a LEGO City, I'd have a LEGO City Space Center; I think it looks rather cool and great to build.

The rocket measures over 14” (35cm) tall and the entire set has a grand total of 494 pieces that are aimed at LEGO fans aged between six and 12 years.

Happy blasting off into LEGO space!