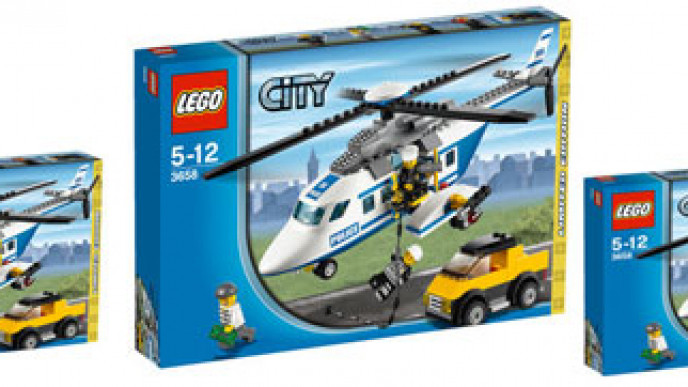 If I had a big enough house, and a big enough bank account, I'd be able to have a dedicated LEGO room for my youngest son to stash all of his LEGO bits and pieces in.

He could build an entire LEGO City for real and this LEGO City Police Helicopter Pursuit set could fly around, keeping an eye on everyone and making sure the bad guys don't get away from their crime fighting colleagues on the ground.

I've given up bemoaning the fact that LEGO's so expensive; instead, I refuse to buy any of it at full price and often play a bit of LEGO roulette and wait as long as possible to see if sets get reduced even further after the first price drop.

That's what's happened with the LEGO City Police Helicopter Pursuit set - it's original price was £29.99, then Toys R Us reduced it down to £24.99 and have, now, priced it at a slightly more palatable £19.99; bargain, I'll HAVE one!

Standard delivery to your home will set you back an additional £4.95 - daylight robbery, someone call the cops! - so I'd arrange to collect it for free from your nearest Toys R Us.